We are at a crucial moment in the history of images. The proliferation of cameras and digital point-and-shoot devices, the incorporation of picture taking into cell phones, the Internet, social networks, new surveillance technologies, the development of virtual reality devices—all this and more is configuring a second digital revolution in which the identity of photography must be rethought. Platforms such as Facebook, Twitter, Instagram, Google, Flickr, YouTube, Wikipedia, eBay and Blurb have become tools for experimentation and new creative processes. Today, how can we define photographic quality? Is it possible to identify the photographic canon arising from these new vernacular spaces of the image?

For Le Mois de la Photo à Montréal 2015, I propose a glimpse into the future of the post-photographic condition based on the following scenario: 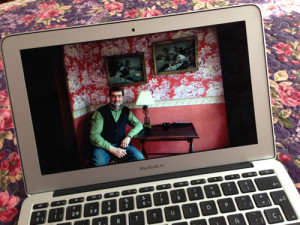 Over almost four decades of prolific dedication to photography, Joan Fontcuberta (born in Barcelona in 1955) has developed an artistic and theoretical practice, which focuses on the conflicts between nature, technology and truth. He has written a dozen books about aspects of the history, aesthetics and epistemology of photography. He has curated international exhibitions, including Fotografia 2.0 (Círculo de Bellas Artes, PhotoEspaña, Madrid, 2014), Artwork as Collection (FotoColectania, Barcelona, 2013), From Here On (Les Rencontres d’Arles, 2011), Idas & Chaos. Trends in Spanish Photography 1920-1945 (International Center of Photography, New York, 1987). In 1982, he co-founded the biennial photography festival Primavera Fotográfica in Barcelona, and in 1996 he was appointed artistic director of the Arles Rencontres Internationales de la Photographie. Since 2008, he has been president of the Visual Artists Association in Catalonia. He has had solo exhibitions at the Museum of Modern Art in New York and the Chicago Art Institute, among others, and his works are featured in a number of institutional collections, including at the Metropolitan Museum of Art in New York, the National Gallery of Canada in Ottawa, and the Centre Georges- Pompidou in Paris. In 2013, he received the Hasselblad Foundation Award.