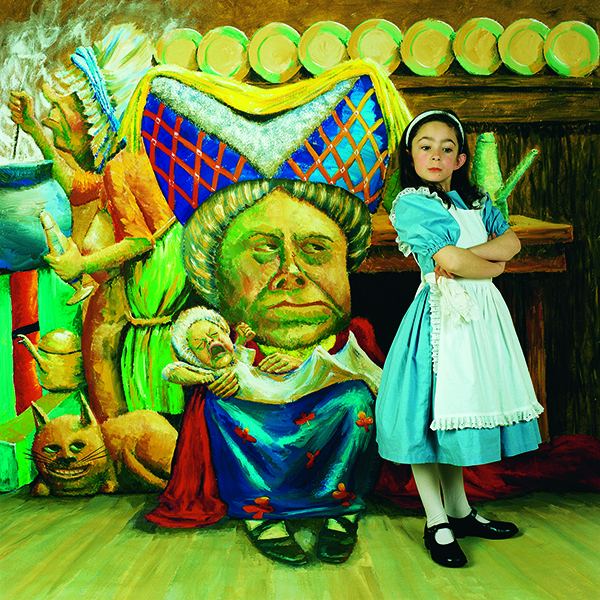 Polixeni Papapetrou lives in Melbourne, Australia. She holds a BA/LLB from the University of Melbourne (1984) and an MA (Media Arts) from RMIT University (1997). She is a PhD candidate in fine arts at Monash University, also in Melbourne. Her work explores themes of identity and representation of childhood. It has been widely exhibited in Australia and internationally in more than twenty solo exhibitions and fifty group shows and is represented in collections throughout Australia and in the United States. Some eighty articles, essays, and critical reviews have addressed her work. She has received grants from the Australia Council and Arts Victoria, and she holds an Australian Postgraduate Award.

Polixeni Papapetrou, Pepper Soup (2003), from the series Wonderland (2003-2004). Courtesy of the artist and Stills Gallery, Sydney