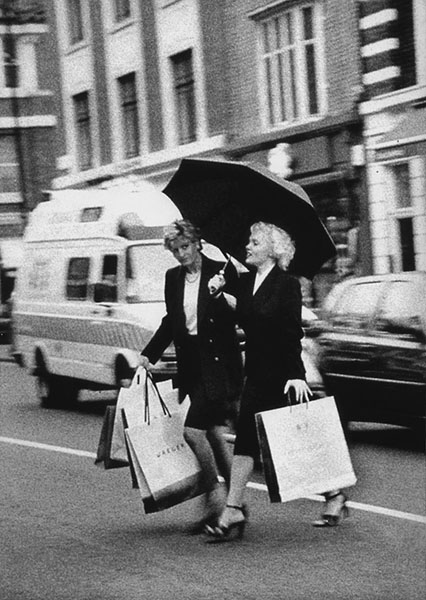 The work of Alison Jackson, which stages photos like those taken surreptitiously for tabloid newspapers, plays with the rhetoric of news photos by showing a whole panoply of celebrity figures and media “stars” in surprisingly intimate and incongruous situations deemed scandalous or conniving by the public. These straight photos, made entirely with doubles, comment on the fabrication of events, the conditions surrounding their circulation in the media, the reception of sensationalist images in the popular mind, and the tragedies of twentieth-century female icons.

Alison Jackson has been making images using look-alikes of famous people since 1997. Recent solo exhibitions include shows at the Richard Salmon Gallery, London (2003) and the Musée de la Photographie in Charleroi, Belgium (2002). Her group shows include How Human – Life in the Post-Genome Era, held at the International Center of Photography in New York. Jackson will be participating in Face (Culturgest, Lisbon, Portugal / Musée de l’Élysée, Lausanne, Switzerland, 2003/2004). This year, she took part in a panel discussion on the topic of art and celebrity at the Tate Britain in London, where she gave a presentation on her work. She is also giving master classes at the National Portrait Gallery in London and at the Edinburgh Festival. Jackson recently completed the series Doubletake for BBC Television, to be followed by a special Christmas edition this year.