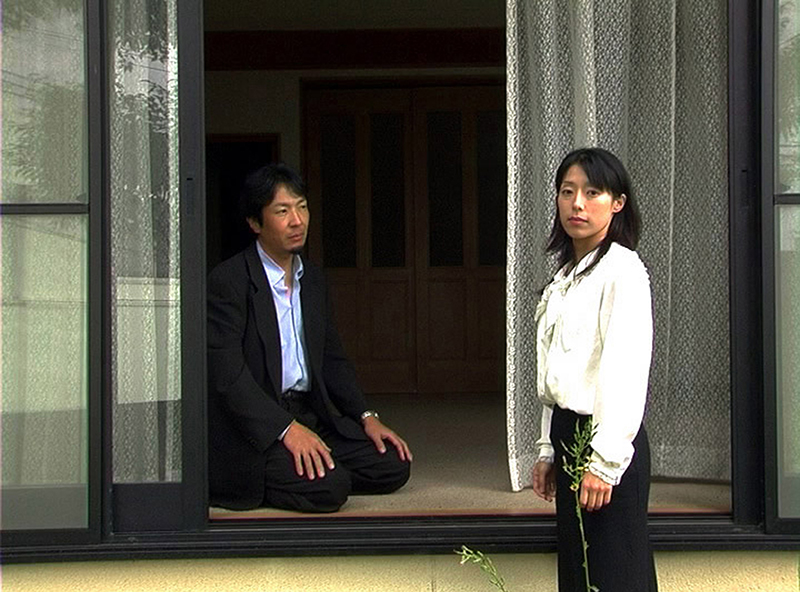 L’Expérience préhistorique (2003-2007) adapts Kenzi Mizoguchi’s 1936 film Gion no shimai, which tells the story of two Geisha sisters in Kyoto in the 1930s. Christelle Lheureux re-filmed each shot so as to create a matrix open to various interpretations. In each country in which she presents the work, Lheureux calls on local writers to produce a new script for the film. Japanese, French, Korean, and Italian versions already exist; the Québécois version will be produced as part of Le Mois de la Photo à Montréal at the Cinémathèque québécoise and recorded by Wajdi Mouawad.

Since the early 1990s, Christelle Lheureux has been producing video installations and films that question cinematographic conventions on both the formal and semantic levels (origin, story, narrative construction). Her approach is mainly a collaborative one: the development of the scenario and dialogue is often left to others, that is, to directors, writers, critics or viewers. Her narrations are thus very open to interpretation and reinterpretation. L’Expérience préhistorique (2003–2005) is a silent feature film with several audio versions. Lheureux was inspired by the soundtrack of Sisters of the Gion (1936), a film by the Japanese director Kenji Mizoguchi, to produce a silent film of the same length with the same scene editing and the similarly inanimate characters waiting for a story to happen. During screenings, viewers are given earphones so that they can listen to the narration,which is reconstructed in every country in which the film is shown.The artist asks different authors to improvise, in their own language, scenarios to match the staging.What results are many different ways of interpreting the relationships between the characters. More than a remake, L’Expérience préhistorique is a narrative that allows for the superimposition of a number of story layers. It is a constantly reinvented work, a palimpsest. A look back at the prehistory of cinema, the work refers to the mellifluous voice that explained the meaning of the first films to their audiences.