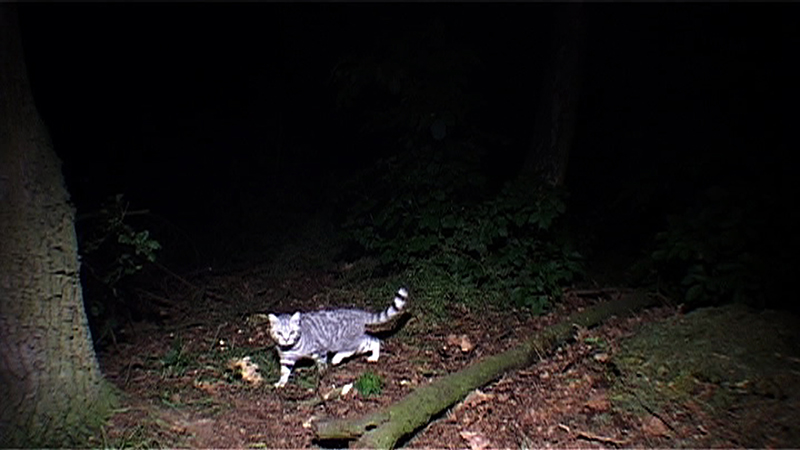 David Claerbout invites us to view cinema as a temporal extension of photography. His works propose a reflection on narrativity and time, and play on anticipatory devices to create situations that baffle our expectations. The narrative is minimal here, constantly maintained at a critical level that always suggests something is about to happen. This exhibition — the artist’s first major presentation in Canada — brings together a body of work produced since the late 1990s.

David Claerbout
Born in Kortrijk, Belgium, in 1969
Lives and works in Antwerp, Belgium, and Berlin, Germany

Since the late 1990s, David Claerbout has been exploring issues related to the temporality of photography and video in installations that blend still and moving pictures. The artist uses digital manipulation to animate archival photographs, producing subtle variations in the images. For example, in Kindergarten Antonio Sant’Elia,1932 (1998), the leaves on the trees are made to tremble, lending a real sense of duration to the image. For Vietnam 1967 near Đức Phổ (Reconstruction after Hiromishi Mine) (2001), Claerbout superimposed a Vietnam War era photograph of an exploding plane over a contemporary scene recreated by altering a number of snapshots and sequencing them as in a video. Variations in the lighting of the landscape depicted reveal the passage of time and run counter to the essential nature of photography, which is to freeze a specific moment. Claerbout’s work thus lies at the intersection of photographic and cinematic forms. His videos Untitled (Le Moment) (2003) and American Car (2004) create tension in the absence of the expected climax or resolution, and the viewer’s frustrated anticipation provokes a reflection on the passage of time specific to the medium. The artist furthered his investigation of narrative form in The Bordeaux Piece (2004), made up of 69 nearly identical short films that play out in a 13-hour loop. In these, only the lighting varies, due to the sun’s changing position. While the melodramatic episode that was initially staged seems to respect the classical conventions of cinematic storytelling, the repetition of the scene disavows these same standards.