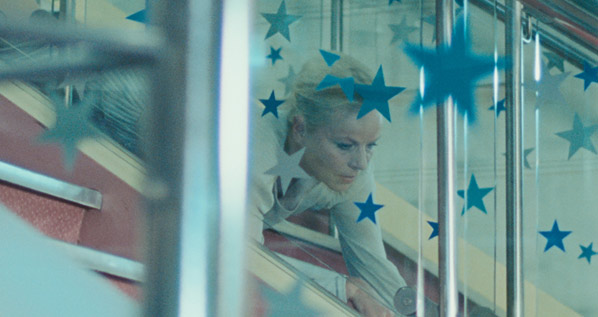 Nomad in One’s Own Mind

Jesper Just has become known for his short dialogue-less films combining melodrama with film noir, featuring people in enigmatic emotional relationships, with music playing a prominent narrative role. Just presents these ambivalent, two-sided, and often homoerotic amorous situations, which form the essence of his work, by diverting Hollywood movies’ dramatic tension and emotional twists to reveal their normative dimension and, conversely, expose the complete spectrum of human relationships and emotions as normal facts of life. In the exhibition Nomad in One’s Own Mind, featuring 5 films (2002–2008), he frequently turns to lone figures through whom he revisits his favourite themes of confused feelings, sexual ambivalence, and vulnerability.

Born in 1974 in Copenhagen, Denmark, Jesper Just lives and works in New York. His works are in prestigious museum collections, and he has had some forty solo exhibitions throughout the world. In 2011 alone, the Baltic Centre in the United Kingdom, the John Curtin Gallery in Australia, and the Musée d’art contemporain de Val-de-Marne in France (2011) have shown his films. He is represented by Emmanuel Perrotin Gallery in Paris.