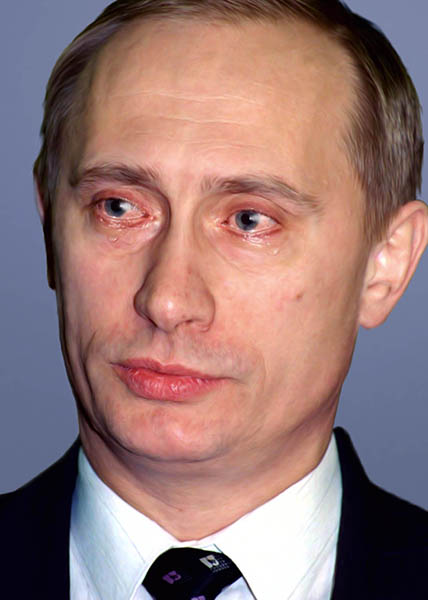 Photographs from the series No Compassion, 2002. © Jiri David.

In photography’s early years, when photographic practice consisted mostly of portraiture, the depiction of history was implicit in portraits of politicians, dignitaries and military officials, as if the physiognomy of historical figures could sum up the era’s most decisive events. Jiri David’s portraits of weeping state officials go beyond compassion: they cause us to question the nature of the feelings we experience in the face of history as it unfolds.

Jiri David
Born in Rumburk, Czech Republic, in 1956. Lives and works in Prague.

After graduating from the Academy of Fine Arts in Prague, Jiri David was a member of the Tvrdohlaví (Hardheaded) art group from 1987 to 1991. Since 1995, he has been working as head of the visual communication studio at the Academy of Fine Arts in Prague. Jiri David’s new art project, No Compassion, consists of manipulated photo portraits of well-known contemporary politicians. This is a follow-up to his previous photography project entitled The Hidden Image, which consisted of original black and white photographs of personalities from the spheres of culture, art, sports, science and politics.