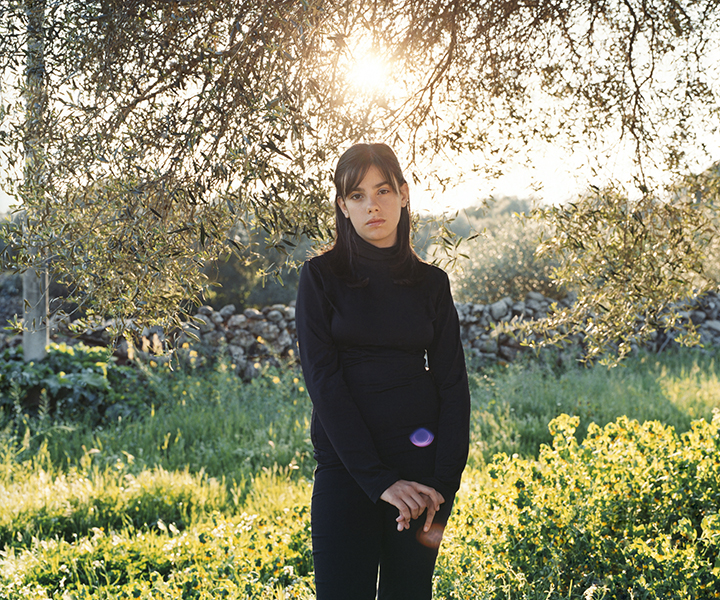 Marisa Portolese uses staged settings to explore portraiture while dealing with complex themes such as adolescence. Placing the human condition at the centre of her concerns, she takes an unconventional approach to her subjects; instead of conveying their strength and nobility, she seeks instead to capture them in moments of transition and instability.

Marisa Portolese
Born in Montréal, Canada, in 1969
Lives and works in Montréal
www.marisaportolese.com

Through explorations of portraiture and staged scenes featuring characters in natural settings as well as interiors, Marisa Portolese places the human condition at the core of her photographic practice. Her pictures have a latent, ambiguous narrative dimension stemming as much from the specificity of the subjects, their poses and their often absent, melancholic gaze, as from the cultural and social context of adolescence. In the series Belle de jour (2002), with its references to classic works from the history of painting, photography and fashion, Portolese defies the standards of idealized beauty by depicting models who accept their singularity. The women in these near-voyeuristic images are entirely aware of their erotic power. Portolese pursued her investigation of the seductive force of the gaze and affirmations of sexuality with Un chevreuil à la fenêtre de ma chambre (2003),which also examines eroticism in teenage girls. Using more elaborate stagings for the series The Recognitions (2005), the artist gives visible form to her subjects’ troubled and unstable psychological states. The characters’ suspended gestures, contemplative attitudes and introspective gazes sketch out a narrative that continues beyond the picture frame. The less cluttered portraits in the series Breathless (2007) are more intimist, revealing the models’ fragility. Portolese nevertheless draws out subtle traces of desire and instability from her subjects.