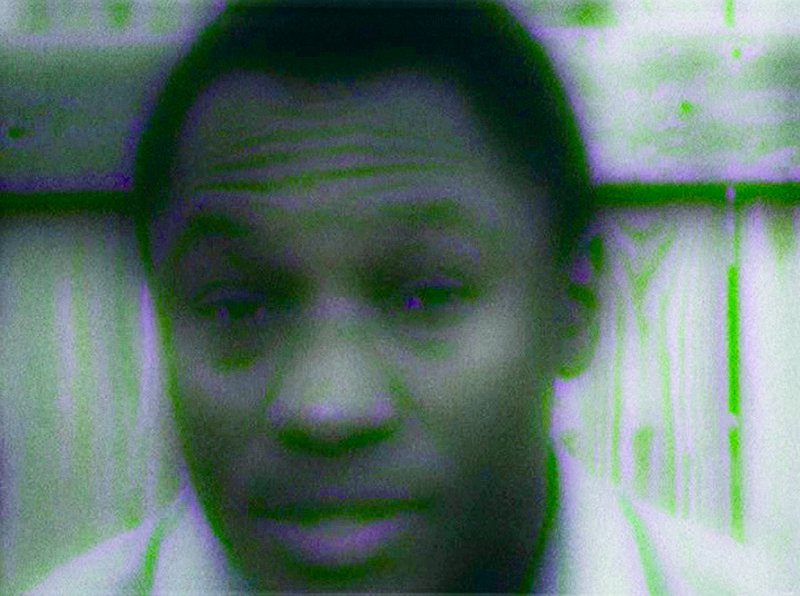 Mike Hoolboom is a fringe film and video maker who has also played a critical curatorial role in the avant-garde Canadian film community. Hoolboom’s works are visually inventive and courageous in their exploration of the intersections between desire, the body, and personal identity formed by the notion of nation-state in late 20th century. You came here to watch and we will do all we can to make sure that nothing disturbs you in that, least of all memories (2006) is a one camera/one person performance. Directly addressing the camera, the artist/ performer speaks in the second person, to “you,” the spectator.

Mike Hoolboom
Born in Toronto, Canada, in 1959
Lives and works in Toronto

Since the 1980s, Mike Hoolboom has worked in independent film as a critic, videographer and curator. His filmed works explore narrative potential by exploiting the worlds of images and reality. Using fanciful juxtapositions drawn from a vast repository of images, he constructs new narratives that question the phenomenon of death and the “afterlife” of images in their relationship to oblivion and memory. Simultaneously polemical and romantic, Hoolboom’s reconstituted narratives have brought him international acclaim as well as a number of prizes. One of his recent tapes, You Came Here To Watch and We Will Do All We Can To Make Sure That Nothing Disturbs You In That, Least Of All Memories (2007), couples two short sombre and enigmatic scenes. In the first, a man addresses the viewer, explaining that he wants to share a secret. He is worried, however, that revealing it will cause the viewer to flee. This is followed by an outdoor night scene showing a large group of people gathered for some unknown reason. In this surreal universe, suffused with a fiery orange glow, people walk around, some using their cellphone cameras to take photographs. The video concludes with the man from the first scene revealing his secret to the camera.With this work, Hoolboom explores the earliest approaches to the film form,which relied on the equation of one camera/one person.

Mike Hoolboom,You Came Here To Watch And We Will Do All We Can To Make Sure That Nothing Disturbs You In That, Least Of All Memories, 2007. Video still, colour, 3 min 40 s, loop. Courtesy of the artist.