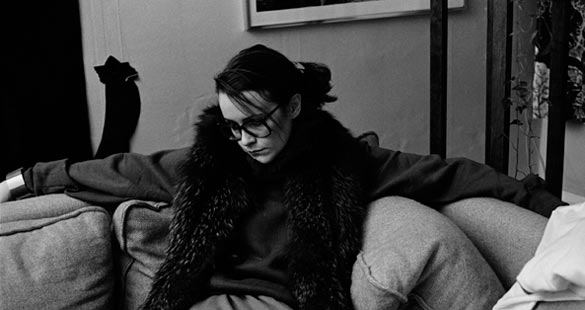 Raymonde April has been recognized since the late 1970s for her photographic practice, inspired by her private life, which she skillfully balances at the confluence of documentary, autobiography, and fiction. An insatiable lover of people, landscapes, stories, objects, and other apparently ordinary things that form identity, she constantly returns to the same sites, and the same subjects, in order to understand her own inner life. For more than fifteen years, this work has also led her to regularly reinterpret her own photographic archives. And this is what she has done here, upon the request of Le Mois de la Photo à Montréal, by examining these archives in the light of the notion of self-representation. The resulting composite self-portrait is made of a number of previously unseen prints and brand-new images.
Born in 1953 in Moncton, New Brunswick, Raymonde April lives and works in Montreal. Known since the 1970’s for a photographic practice inspired by her private life, she has gained a large following in Canadian photography circles. Her work has been shown widely in Canada and Europe and she has had major solo exhibitions, including at the Musée d’art contemporain de Montréal (1986), the Musée d’art de Joliette (1997), and the Leonard & Bina Ellen Art Gallery (2001). In 2010, Équivalences was presented jointly at the Occurrence, Les Territoires, and Donald Browne galleries in Montreal. April has received the Prix Paul-Émile Borduas (2003), the Paul de Hueck and Norman Walford Career Achievement Award for Art Photography (2005), and the Order of Canada (2010). She is represented by Donald Browne Gallery in Montreal.

Guided tour by Raymonde April on Saturday, October 1st, 2011 at 2 pm (in French only).
Free activity organised for the Journées de la culture.