Rise of the picture press 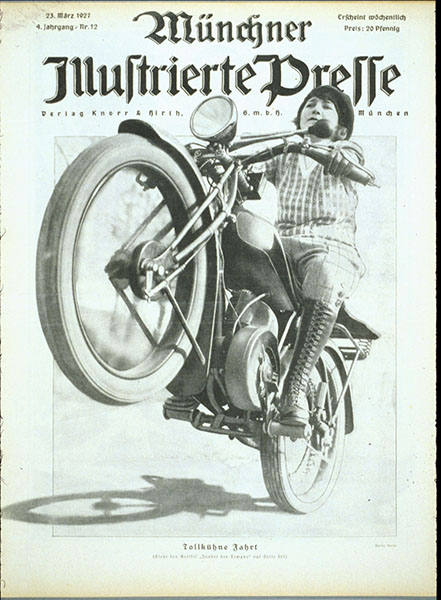 Rise of the Picture Press Exhibition

The 1930s were the glory years of photojournalism, whose principal function was to grasp the most ephemeral aspects of modernity. At the time, photography appeared to be the natural means of presenting a world in perpetual transformation. The temporality of modernity is that of urgency, and photography, like a “visual dispatch,” quickly conveys its different manifestations. Information, speed and presentation—these were the watchwords of the era.

RISE OF THE PICTURE PRESS

Rise of the Picture Press: Photographic Reportage in Illustrated Magazines, 1918-1939 explores the period in the 1920s and 1930s when innovative photography and graphic design joined forces in the pages of large-format weekly magazines. The exhibition present European and American publications, such as Vu, Regards, Weekly Illustrated, Picture Post, Berliner Illustrirte Zeitung, Münchner Illustrierte Presse, Arbeiter Illustrierte Zeitung, USSR in Construction, Projektor, Life, and Look. Among the photographers whose works are highlighted in the publications are figures such as André Kertész, Martin Munkacsi, Alexander Rodchenko, Robert Capa, Margaret Bourke-White, Bill Brandt, Brassai, Henri Cartier-Bresson, and John Heartfield. This exhibition has been organized by the International Center of Photography in New York and was first presented in 2002.