THE WORLD AS WILL AND REPRESENTATION

In 1818, Arthur Schopenhauer published The World as Will and Representation, considered the most fully developed manifestation of philosophical pessimism. In Schopenhauer’s view, knowledge of what the world is and means can originate only in aesthetic experience. We are slaves to our desires, to the blind will to live – “Life is a torment and an opaque yearning” – but we have art to help us overcome it. Aesthetic contemplation detaches us from the endless chain of needs and desires.

In 2004, Roy Arden borrowed the title of Schopenhauer’s major work for his visual essay, which can be considered a precursor to the fundamentals of post-photography. His video, an austere slide show displaying a dizzying succession of 28,144 images found on the Internet, evokes a shocking arbitrariness that holds us hypnotized in front of the screen for 1 hour, 36 minutes, and 50 seconds. The compiling of this set of images was initially motivated by Arden’s need for raw materials with which to make collages.

The kaleidoscopic flow of The World as Will and Representation – Archive 2007 (2007) embraces the most varied manifestations of life and combines an almost exhaustive repertoire of random inclusions that leave us mired in surprise and confusion. What may seem to be a celebration of encyclopedic knowledge and triumph of the culture of the archive in fact reveals the subordination of any will for classification and knowledge to the poetic imperatives of chance.

Roy Arden was born in 1957; he lives and works in Vancouver. His works have been exhibited in solo and group exhibitions worldwide, including at the Equinox Gallery in Vancouver (2015), the Monte Clark Gallery in Vancouver (2013), the Smithsonian Hirshhorn Museum in Washington, D.C. (2013), the International Center of Photography in New York (2013), La Alhóndiga in Bilbao (2012), the Vancouver Art Gallery (2012, 2010, 2007), the Fotomuseum in Antwerp (2012), Les Rencontres d’Arles (2011), and the Centre de la photographie Genève (2010). His works are in prestigious public collections, such as the Canada Council Art Bank in Ottawa, the Centre Pompidou in Paris, the Hammer Museum in Los Angeles, the Musée d’art contemporain de Montréal, the Museu d’Art Contemporani de Barcelona, and the National Gallery of Canada in Ottawa. He is represented by Monte Clark Gallery in Vancouver. 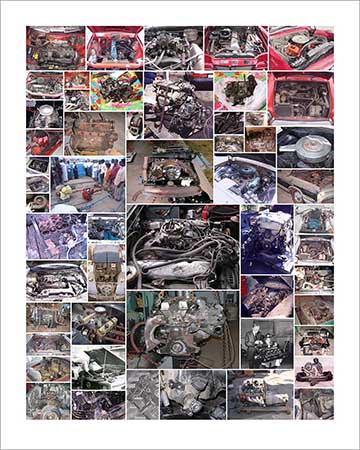