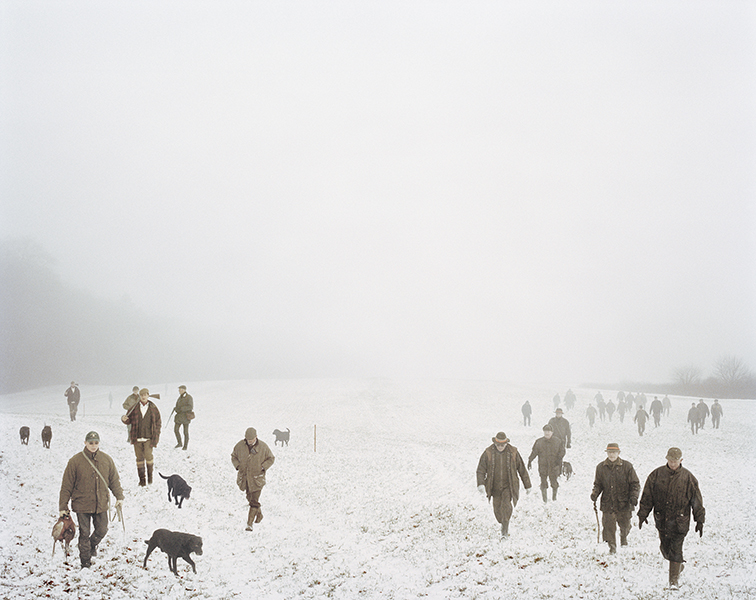 Exploring hunting themes on a backdrop of Denmark’s countryside, this exhibition presents several pieces from the How to Hunt (2005) photo series. In these images, taken during a hunting trip, the documentary remains a frame of reference for conveying a sense of reality. However, the simultaneous presence of several micro- elements reveal the manipulated and composed dimension of these digital creations.

Since the late 1990s, Trine Søndergaard and Nicolai Howalt have been producing series of photographs that include Søndergaard’s Now That You Are Mine (1997–1998), Howalt’s 3 x 1 (2001) and Boxer (2000–2003). Their first collaboration, How to Hunt (2005) explores the eponymous theme: they describe the current nature of hunting and its rituals through pictures of the Danish countryside taken on hunting trips. These landscapes are composed of photographs that have been digitally reworked to show a number of micro- events taking place simultaneously in a single, apparently unified image. Inspired by visual and conceptual concerns, the images in How to Hunt go beyond popular portrayals of hunting to capture the world that surrounds the activity, and place human beings, nature, and the animal world in relation to one other. Decked out in uniforms and sporting a panoply of antlers and rifles, the hunters are barely visible in landscapes delimited by a horizon so low that the sky takes up much of the frame. The light emanating from these autumnal scenes reveals an infinite variety of tones and shades that make the Danish landscape into a picturesque setting. Alternating between studies of hunting and portrayals of romantic landscapes, these photographs convey aspects of reality but disrupt the realism of traditional photography to unveil what lies beyond simple representation.