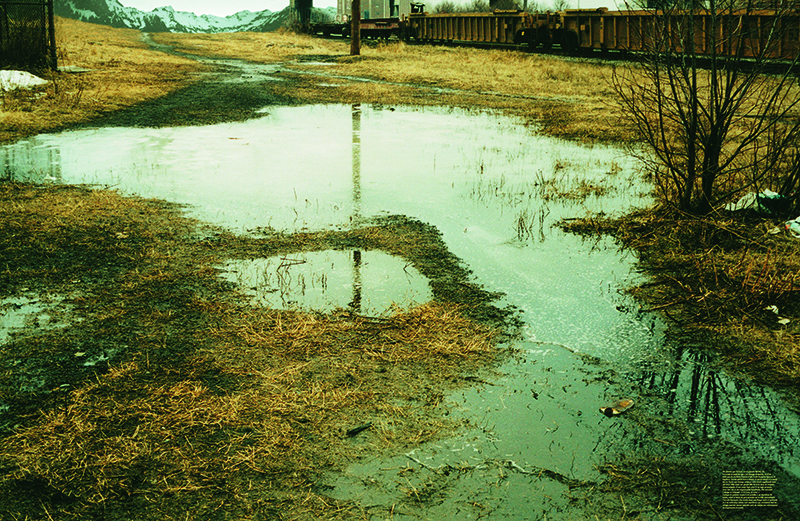 In her series Lacs, Catherine Bodmer uses photography and text to reinvent the urban landscape. A native of Switzerland, Bodmer transplants the Alps and their folklore to Montreal using the mountains of snow created by city ploughs and the lakes that appear in urban wastelands during the spring melt. In a play on the sublime, these oversized puddles are combined with dirty mountains. Into these views Bodmer inserts poetic texts. Her fantastic landscapes contrast the powerful banality of the scene with the faltering authority of the traditional romantic landscape.

Catherine Bodmer was born in Switzerland. She received her Master’s degree in visual arts from Université du Québec à Montréal in 1999. Her installations, which are mainly site specific, and her recent photographic work are concerned with the urban landscape, as well as rituals associated with daily purification and identity. Since 1997 her work has been shown in numerous solo and group exhibitions in Canada, Mexico, and Taiwan. She is director of Articule, an artist-run space in Montreal.

Catherine Bodmer, from the series Lacs (2005). Courtesy of the artist