The Cheshire Cat tells Alice that inevitably, no matter which way we go, we will always find ourselves among mad people, and only lan- guage can provide an anchor in sanity. But Lewis Carroll would no doubt reconsider his aphorism if he were living in our time, in which the Internet is a shameless promoter of freakishness.

Today, the idea that we are all mad in our own way seems truer than ever, as Christopher Baker evokes in Hello World! or: How I Learned to Stop Listening and Love the Noise (2008), an immersive video installation that blends video diaries culled from MySpace, YouTube, and Facebook. Of the millions of such videos circulating online, Baker has selected “only” five thousand from each blogger’s most recent postings. The result is a post-photographic altarpiece: a huge grid of selfies with voice recordings. The video diary does, indeed, adopt a talking-head structure. Each video is a monologue addressed to a potentially huge audience, aiming to fulfil the subjects’ desire to express themselves and generate empathy. The video diaries thus translate the fascinating patchwork of online life into a kind of global striptease, in which spirits, rather than bodies, are exposed.

The project conveys an optimistic meditation on the democratic potential of participatory media and, simultaneously, a critical assessment of the new Tower of Babel, in which the breakdown of communication results not from differences of language but from the unintelligible cacophony of voices that turns the digital agora into a chicken coop. Meaning disappears amid excess and confusion.

Christopher Baker was born in 1979 in Redford, Michigan; he lives and works in Chicago. His works have been presented in renowned institutions worldwide, such as the Center for Arts Virgina Tech (2014), the Krannert Art Museum in Urbana-Champaign (2013), the Tokyo Metropolitan Museum of Photography (2013), the National Taiwan Museum of Fine Arts (2012), the Gallery MZ in Augsburg (2011), and the Museum of the Moving Image in Astoria (2011). He presented special commissioned projects at the Frankfurt Buchmesse in 2011 and at the Paivalehti Museum in Helsinki in 2010. Baker has received many grants and awards, such as the Efroymson Midwest Contemporary Arts Fellowship in 2014, the Merit Award from the American Society of Landscape Architects in 2012, and the Artists Initiative Grant from the Minnesota State Arts Board in 2009. His works are in various private collections, including the Saatchi
Collection in London and the Edelman New York Collection. 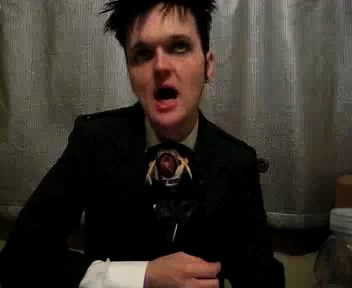