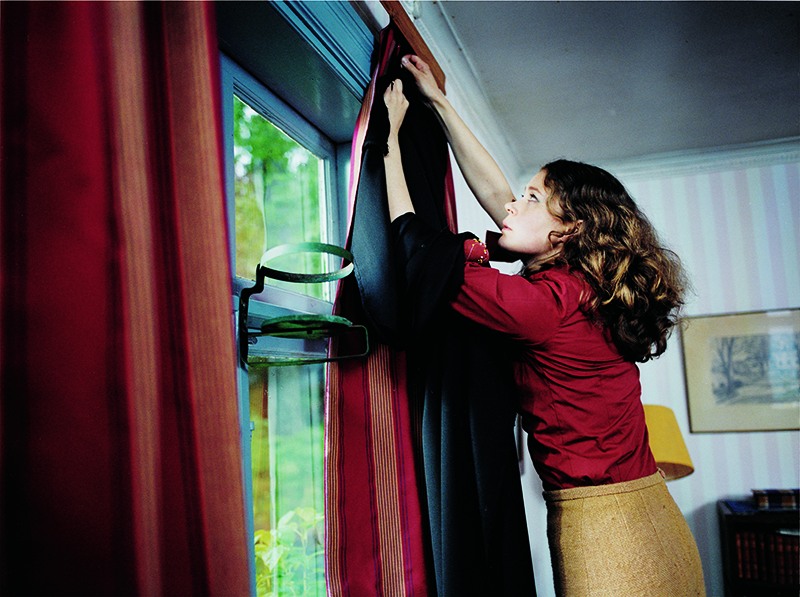 During the 1990s, Eija-Liisa Ahtila made significant contributions to the reconceptualization of narration in film, video installation, and photography. Transforming cinematic narrative structure through spatial and temporal fragmentation, the narrative isn’t presented from a single point of view, but is rather based on a multiplicity of subjective interpretations.

Eija-Liisa Ahtila
Born in Hämeenlinna, Finland, in 1959
Lives and works in Helsinki, Finland

The notion of narrative line is diffused in the photography, films and installations of Eija-Liisa Ahtila. Her innovative and groundbreaking approach to film, which she introduced to the contemporary art world in the 1980s, incorporates an overlapped and interwoven kaleidoscope of subjective perspectives, displaced sounds and delineated space and time. Fantasy and reality are obscured by seemingly different characters that share the same name, or by unrelated events that have a strange symmetry. In Today (1996), three protagonists address the viewer with their personal renditions of a dramatic event. Through their contrasting versions of facts, memories and emotions, events in the recent and remote past seem to happen, simultaneously. With Me/We; Okay; Gray (1993) and Consolation Service (1999), split and multi-screen projections play with spatial and temporal dislocation while juxtaposing confronting points of view. By showing that every story can have multiple subjective interpretations, they remind the viewer of the complexity of human interactions. In the three-screen video installation The House (2002), the rooms in the video become synonymous with the human psyche and a framework of supposed rationality. The suspension or severance of the link between sound and image indicates a metaphorical departure from social standards and conventions. As in Love is a Treasure (2002), stream of consciousness is our narrative guide and perception is a shape-shifter. Truth is fiction and reality depends on how it is told.