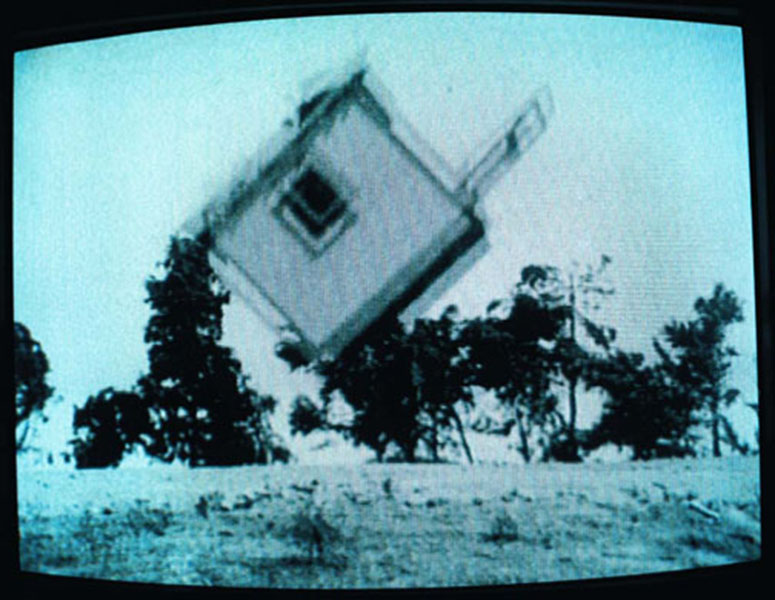 Using an immense repertoire of images from television archives as well as his own videocassettes, which were shot in airports or aboard airplanes, Johan Grimonprez tells the story of a century of hijackings in a film that is simultaneously informed, sensational and humorous. With as much derision as lucidity, Grimonprez reminds us, and rightly so, that the media—which Margaret Thatcher described as the terrorist organisation’s “oxygen of publicity”—are the contemporary historiographers of historical oppressions.

Johan Grimonprez
Born in 1962 in Roeselare, Belgium. Lives and works in Ghent and New York.

Johan Grimonprez is a graduate of the Academy of Fine Arts in Ghent, Belgium, and completed studies at the School of Visual Arts in New York, in the Whitney Museum Independent Study Program and at the Van Eyck Academy in Maastricht. Since the mid-1980s he has received numerous international grants and awards, and has been offered faculty positions in Paris and New York. He has completed a number of video projects such as Kobarweng, or Where is Your Helicopter? (1992), Dial H-I-S-T-O-R-Y (1997) and Lost Nation (1999), all presented at international film festivals, galleries, academies and museums. Dial H-I-S-T-O-R-Y was awarded the Golden Spire at the San Francisco Film Festival and the Director’s Choice Award at the Images Film Festival in Toronto. It has been broadcast on all major European television channels.