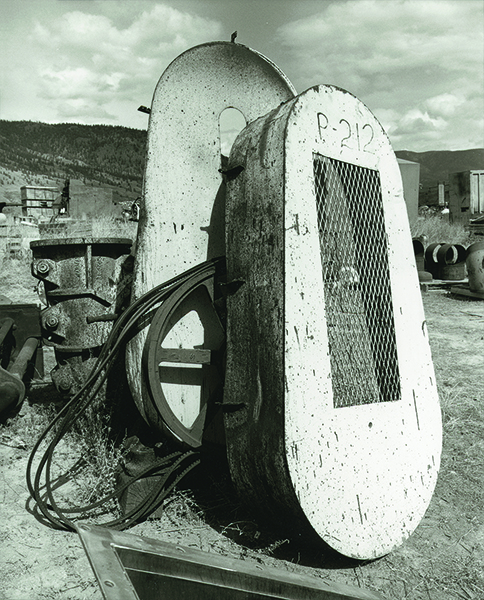 Between city and country lies the zone: the suburb, the urban wasteland, or the strip, where signs of modern culture can be displayed, discarded, or decayed. These artists excavate the zone. Phil Bergerson concentrates on advertising, shop windows, and other forms of display. Michel Campeau visits an industrial wrecking yard where machines are strewn like dead soldiers across the field. Glenn Sloggett points his camera at derelict buildings and abandoned buildings in the outskirts of Victoria, Australia.

Michel Campeau,
from the series Savona (2003). Courtesy of the artist