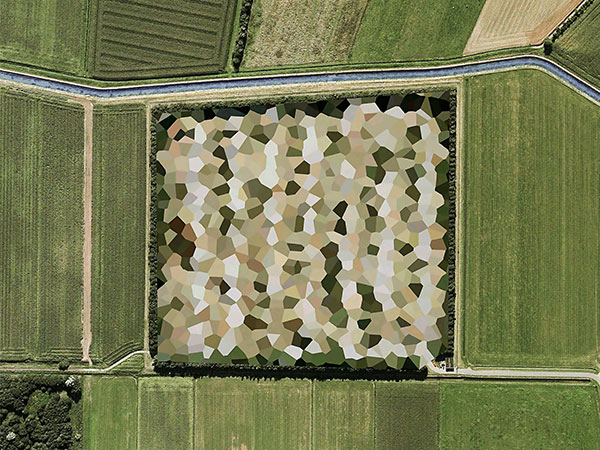 Mishka Henner belongs to a new generation of artists who are using freely available images and data from the Web to make their work. Both Dutch Landscapes (2011), at the McCord Museum, and The Fields (2012–ongoing), at the Darling Foundry, originate from satellite imagery that can either be found on Google Earth or comes from companies that deal with information on mineral exploration and extraction. Henner works in a similar manner, as a kind of Web geologist; he probes deep into the Internet to find important formations of images that he can extract to study and then eventually display in books and on gallery walls.

Born in 1976 in Brussels, Mishka Henner lives and works in Manchester, U.K. He received the ICP Infinity Award for Art in 2013 and the Kleine Hans Award in 2011. Major museums and galleries worldwide have featured his works, including the International Center of Photography in New York (2013), The Photographers’ Gallery in London (2013), Centre Pompidou-Metz (2013), Whitechapel Gallery in London (2012), the Fotogalerie Wien in Vienna (2012), the FotoMuseum in Antwerp (2012), and Les Rencontres d’Arles (2011). His works are held in public collections at the Centre Pompidou in Paris, the Museum of Fine Arts Houston, the Tate collection, and the Cleveland Museum of Art. He is a member of the ABC Artists’ Books Cooperative.

In the late 1960s and early 1970s, the City of Montreal commissioned an aerial photographic survey of the terrain of the city and outlying districts. The survey was used to make maps and to trace changes in land use and major urban developments. One of its by-products is a group of black-and-white photographic glass plates, to be used on a stereo plotting machine, from which tracing rods would transfer outlines of roads and buildings onto a drawing table. These glass plates are displayed in the exhibition Montreal Aerial Survey. Showing the same area at slightly different heights and angles and using geodetic coordinates, the plates were used by cartographers in the production of maps. The process is called aerotriangulation. 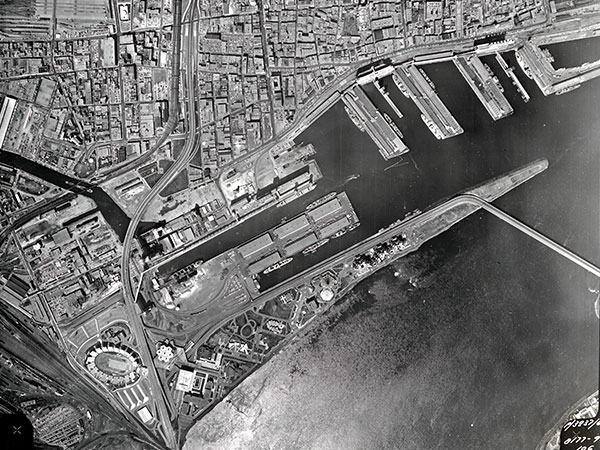