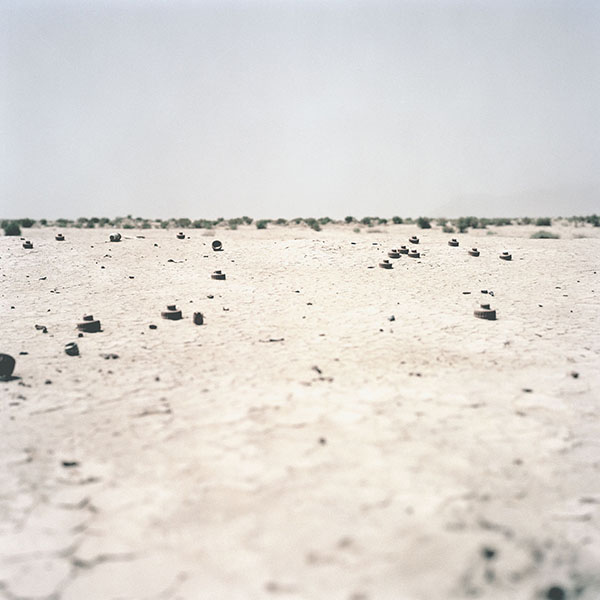 The recent work of Belfast born photographer Paul Seawright takes place on the “periphery of incident,” to use the expression of his fellow countryman and poet John Montague. This artist, whose previous work focused on the “troubles” in Northern Ireland, went to Afghanistan shortly after the bombing came to a halt. As well as showing the sad spectacle of ruins, he photographed the landscape and the surprising peacefulness of his surroundings. Seawright eschews all sensationalism and invites viewers to quietly contemplate the disasters of war.

Paul Seawright
Born in Belfast, Northern Ireland, in 1965. Lives and works in Wales.

An accomplished artist whose photographs are exhibited and collected internationally, Paul Seawright is also a professor of photography at the University of Wales College, Newport. In 1997, he was awarded the Irish Museum of Modern Art/Glen Dimplex Artists Award. He is one of the artists selected to represent Wales at the 50th International Venice Biennale of Art in 2003. Seawright was commissioned by the Imperial War Museum to respond to the terrorist attacks of September 11th and the war in Afghanistan in June 2002. His response to Afghanistan’s heavily mined desert landscapes extends and reworks the distinctive aesthetic established by his earlier photographs of contested, politically contaminated landscapes in his home city of Belfast and, more recently, on the fringes of various European cities.