Straddling aesthetic resolution and conceptual reflection, Roberto Pellegrinuzzi has been so thoroughly devoted to questioning the photographic mechanism and the sign that it is difficult to say whether he is a photographer who makes use of semiotics or a semiotician who makes use of a camera. In Mémoires (2015), his project to be premiered at Le Mois de la Photo à Montréal, he once again plays with such paradoxes.

Borges recounts that Chuang Tzu dreamt he was a butterfly. When he awoke, he did not know if it was he himself, Tzu, who had dreamt that he was a butterfly, or if a butterfly had dreamt that it was Tzu. Do we, in fact, produce images, or do images produce us? Viewers ask themselves the same questions upon becoming acquainted with Pellegrinuzzi’s installation, whose cloud shape illustrates the idea of limits and boundaries.

In order to create his work, Pellegrinuzzi fused himself to his camera for approximately one year, compulsively shooting images of everything happening around him. In total, he managed to take more than a quarter of a million photographs, a maelstrom that came to an end only when the light-sensitive area of the camera’s CCD sensor stopped working and he could no longer take pictures.

Then, with the resulting small-format prints, Pellegrinuzzi assembled a kind of nebula structure, in which he invites the public to immerse itself. The cloud in this context not only refers to cloud computing, but is also a metaphor for neural structures. As Stanislaw Lem suggests for the ocean in his novel Solaris, Pellegrinuzzi suggests that the “ocean” of images that he has created may also contain “life,” “consciousness,” and “will” . . . and that we should therefore be preparing ourselves for these new types of metaphysical interactions. 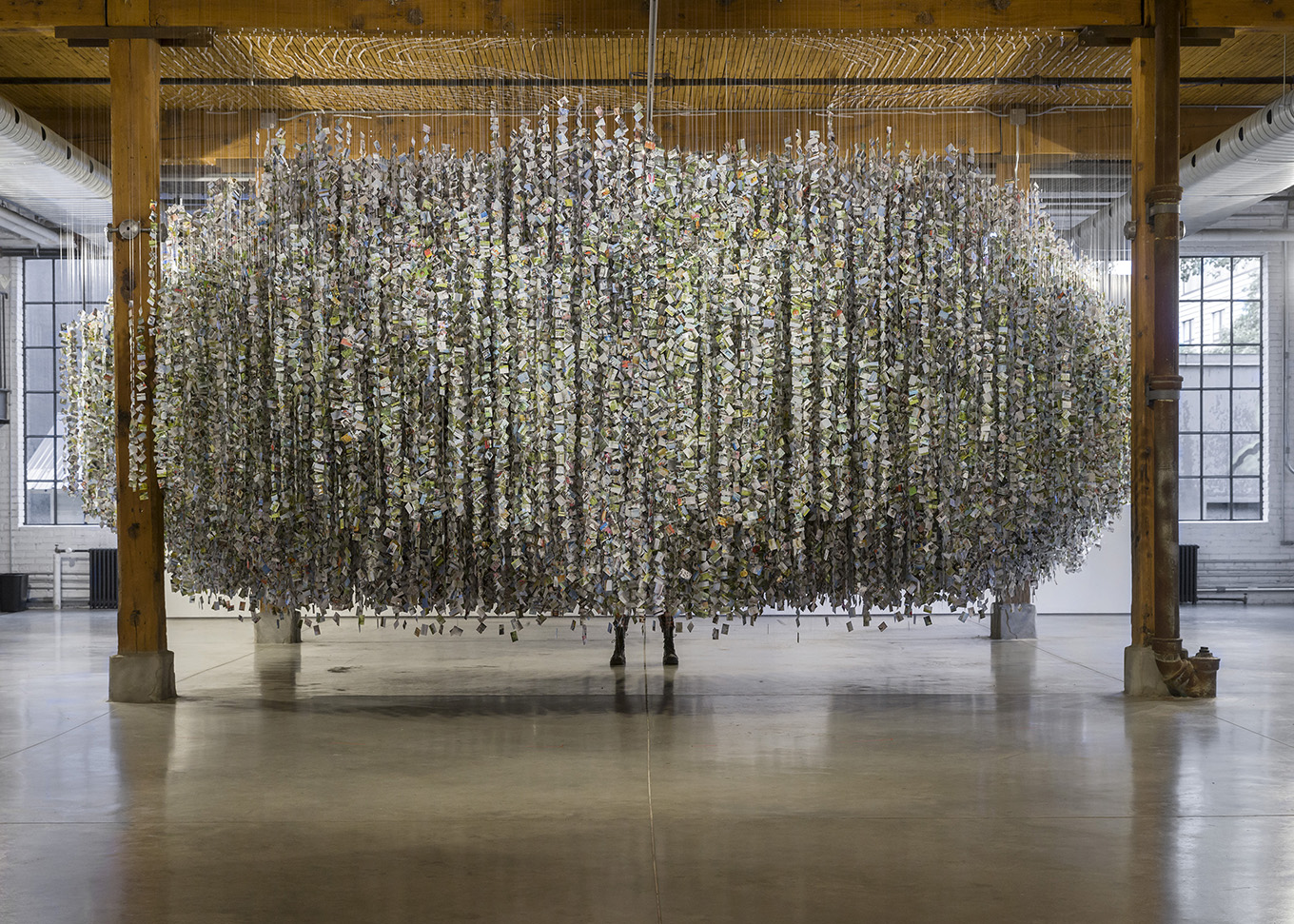 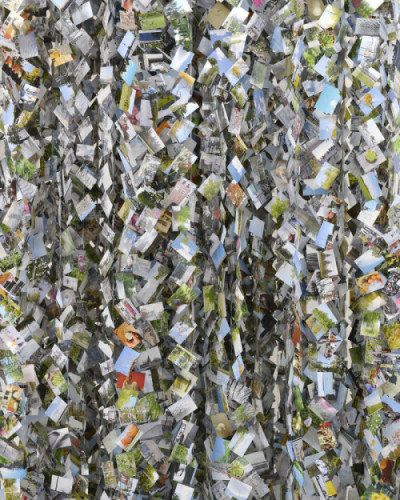